"La Collina delle Streghe" is situated on the boundary between the municipalities of Castelbellino and Monte Roberto, in the hinterland of Jesi.

From the clearway N° 76 (you can take it at the tollgate "Ancona Nord" of the motorway A14 Bologna-Taranto, going in the direction of Roma) take the exit Castelbellino, going towards Castelbellino-Monte Roberto for 600 metres.

Then turn left towards Jesi, entering the built-up area of Pianello and immediately turn right, going along the sharp bend in front of the church, and continuing for about 900 metres along via San Giorgio. 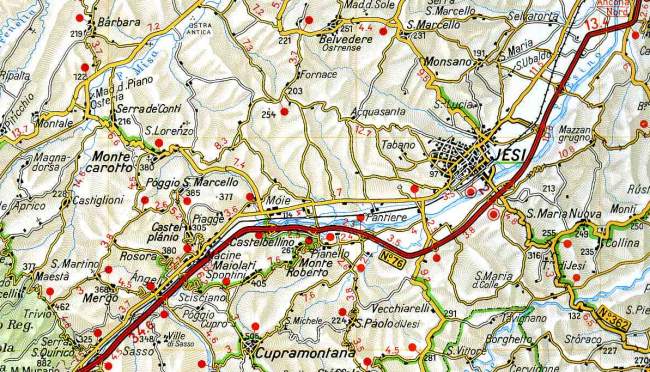